In the wake of their price war with Domino’s, Australian franchise owners of Pizza Hut filed class action suits against the parent company, with the franchisees saying they are having a very difficult time earning profits from their restaurants and are barely earning enough to cover daily operational costs, following an order from the parent company Yum! Restaurant Australia to sell the most affordable pizzas for only $4.95 and the most expensive pizza flavors for just $8.95.

This price cut is equivalent to nearly fifty percent on certain pizza flavors as Pizza Hut battles with market leader Domino’s for a larger share of the $3.5 billion pizza industry in Australia. Said class action was filed after 80 franchise owners were declined an injunction in Federal Court last June where they petitioned to stop further price cuts and stating that Pizza Hut’s efforts to outdo Domino’s in terms of price could force them to shut down. 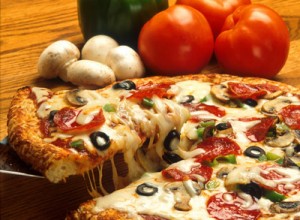 Both Pizza Hut and Domino’s announced lower pizza prices last July 1st and held advertising promotions for their now more affordable pizza choices as an effort to maintain existing customers and woo away people from cheaper fast food pizza chains that have mushroomed into the market all of a sudden. Additionally, franchise owners are trying to determine if Yum! Brands breached their franchise contracts by unreasonably cutting down on product prices with utter disregard to the profitability of their franchisee partners.

Last July 16th, Pizza Hut’s parent company Yum! Brands reported that the restaurant chain’s revenue in Australia had dived nearly 1% which is about $265 million with operating profit taking a huge dip of 22% or $63 million and although the entire quarter sales did not lower as alarmingly, the numbers are still in the red and this is certainly bad news for the pizza chain.

On the other hand, Domino’s numbers soared – their second quarter revenue, total sales revenue, same-store sales and operating profits are up; so much so that one would wonder if the two pizza restaurant giants are indeed operating within the same industry. Despite the shortfall, David Novak the Chief Executive Officer of Yum! Brands is positive that they can turn the situation around and make significant progress by the end of the year saying during a conference call, “We’ve had our ebbs and flows versus the competition over the years, and I can assure we will be back.”

Getting Back in the Game

So how exactly is Pizza Hut going to get itself back on track and recoup, if not entirely recover its losses for the past quarter? Yum! Brands have plans to launch an advertising campaign with millennials as their target market, setting Pizza Hut apart from its direct competitor Domino’s Pizza and other pizza chain restaurants that are currently focusing their advertising efforts on families and young adults. In addition Yum! Brands is looking into developing its digital marketing efforts that have for the past recent years, lagged behind Domino’s; aiming to equal the pizza restaurant’s reach and surpass it in terms of digital ordering, with Novak saying they would commit more effort and resources toward digital ordering technology making it both interesting and exciting if indeed Yum! Brands can deliver and make an improvement until the end of the year. Though admitting that the last quarter had not been great for Pizza Hut, Novak is confident that they will pull through and reclaim their position in the pizza restaurant industry.

Even WE Believe They Would Be Back

Meanwhile, executives over at Domino’s are confident that Pizza Hut will soar above this rough patch and it goes without saying that you have indeed made your mark in restaurant management when even your direct and biggest competitor is pointing out strengths and actually rooting for your company to turn itself around.

After their fierce price war with their market competitor Pizza Hut, Domino’s Chief Executive Officer Patrick Doyle on an interview with The Street, had paid a sincere compliment to the currently struggling restaurant chain in Australia, saying: “”Pizza Hut has had a little bumpier last few quarters, but Yum! [Brands] is a great organization.

They’ll figure it out; I’m sure they’ll get back on track.” Additionally, Domino’s Chief Finance Officer Michael Lawton during a press conference in November, 2013 stated that Pizza Hut has a great market reach globally and also believe the company can get through this bumpy time.

While it is very rare that heads of companies owning nationally recognized brands say nice things to their competitors, the support and belief that Domino’s top executives offer Pizza Hut and its parent company, Yum! Brands is refreshing amidst the continued efforts of Pizza Hut to get back on track to recover from the past three months of poor sales performance.