Two of the giants in the burger fast food industry have joined hands in treating kids the way they are supposed to be treated; as kids, with a major overhaul in the Kids’ Meal category of their menu. McDonald’s and Burger King will no longer be including soft drinks in their Kids’ Meal instead, it’s a choice between fat free milk and Chocolate less fat milk.

Actually, it was McDonald’s who started the move in 2014 then, burger King followed.

Hurray for McDonald’s for pioneering, hip…hip…hurray! And hurray for Burger King for copying, Yehey!

Coke is 10% sugar and it has caffeine. Though it’s over, maybe the public wants to know what McDonald’s and Burger King were thinking about when they started encouraging kids to drink softdrinks. It’s a crime robbing them of their childhood and treating them like adults so fast and early.

That’s the last of that so we can proceed to other things we want to transform into healthy at these two joints. Just kidding…let’s still keep on celebrating. 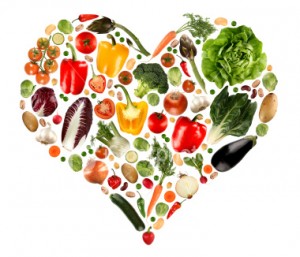 Parents are in jubilation on two accounts:

First, they have one less thing against McDonald’s and Burger King.

Since a lot of schools have already joined the no-soft drinks policy, the two burger joints can reinforce that health issue and be the good guys for a change.

The act of shifting from soft drinks to milk may seem like a very minute change but, it’s going to be very helpful in reducing stress on the counter. Parents won’t have anything to argue about with their kids when they make the order. Kids’ Meal will no longer be much of a debate anymore.

Second, parents will have an ego booster thinking that they have slain not one but two giants, or at least they think they had.

It should not be a case of winning over McDonald’s and Burger King. It’s a conclusive action on a reasonable request.

The people running the fast food chains are also people. They themselves would have wanted to shift to healthy as soon as the loud health issues has become relevant to their own lives but, they can’t do much about it.

The fast food formula of fat, salt and sugar came in when the market was not yet flooded with health information. Of course, fast food companies will stick to that winning formula for as long as possible even if it went beyond their will. It’s very dangerous to change the status quo without the scenario rising to the level of civil unrest. Only when it was clearly the voice of the majority can they have done this move.

McDonald’s as having more patrons had the best view of how things were changing and so, they had to act quickly. They had a good idea they were going to come out as heroes.

For all you know the executive over at McDonald’s may have been longing for this healthy shift to milk. They do have kids that they want to take to McDonalds and surely, they are having the same debates and arguments with their kids concerning soft drinks.

The suited people at Coke also have the same sentiments but they are in the worst position to do anything about it. They are about to join their tobacco counter parts in the most unpopular people list.

It’s all about bringing in more business. The only mission that fast food executives should work on is customer satisfaction.

The executives did their analysis very well. The only ones who are in the risk of being unhappy are the kids who prefer soft drinks over milk. There is no financial risk in disappointing this group because they are not controlling the dollars. It’s a case where the direct benefactor is not the decisions maker.

Whether the kids love the old Kids Meal or not, it’s the parents who are going to hand over the dollars to the McDonald’s or Burger King counters. Since more parents are willing to take their kids to the counter now that the Kids’ Meals are healthier, McDonald’s and Burger King will have more business.

There will be more aggressive marketing moves in McDonald’s, Burger King and the rest of the fast food giants as the years move on. There are a lot of tiny voices pointing out to so many other health issues against the fast food industry.

Fast food execs are sharing the same sentiments with all the health conscious among us. When these whispers turn into more noticeable screams, major changes will happen again. You can count on that.