Burger King just made the big move in the beverage component of the kids’ meal. Instead of carbonated soda, the new Burger King Kid’s Meal will offer dairy milk choices of either fat free milk or low fat chocolate milk.

In The First Place…

Well, it shouldn’t have reached the point of having to give in to public demand. By definition, Kids’ Meals should have had milk or chocolate milk as the options in the first place.

The only possible reason for softdrinks to be in that package is for budget considerations because sodas are definitely cheaper than milk.

American kids are milk drinkers. That’s what they drink in kindergarten. Then, fruit juice has always been the preference in the higher grades. If kids got into the softdrinks craze too early, there is no doubt that the fast food industry with their giant cups and bottomless dispensers are the ones to blame.

Coke would definitely feel bad about the idea of losing on the Kids’ Meal consumption of their products but no way can they declare any negative motion about this. The way things are going, they can probably feel that they are already in the same shoes as the tobacco industry before there was an all-out campaign against cigarettes.

Any comment on the matter will only make the anti-softdrinks campaign crazy like forest wild fire. They can neither frown on nor applaud the move. All they can do is keep quiet, as if nothing happened, so that issue of this loss will die down and the fight against them will continue on its slow pace.

Coke cannot reprimand Burger King in a dark alley either because they no longer control the ball game. Softdrink companies are merely clinging on to whatever considerations fast food chains can extend to them.

Burger King’s move to kick Coke out from their Kids’ Meal will only make Coke love them more simply because they have to in order to survive. 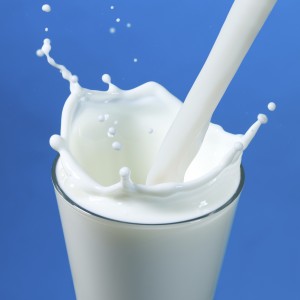 Even if the prices go up a bit, parents will definitely love the move to milk. As they say, medical conditions like diabetes are adult concerns. While today’s parents never had the thought of cutting down on sugar when they were young, the scares and dangers of every medical condition is very much alive and burning now that most of these medical condition are already relevant in their lives.

If there is a negative effect on parents, that will involve having one less point against Burger King which will make it harder for them to decline their kids’ requests to eat there.

It won’t create any family arguments at the counters for the unavailability of the soda in the Kids’ Meals because the kids won’t make a big deal about it.

If you remember your first whiskey, the way it slid painfully down your throat, that’s how most kids feel about their first taste of softdrinks.

Carbonated drinks are tough on kids. It takes quite a while for kids to get used to it and whenever there’s a chance to go back to milk. Kids will always welcome that option.

Most kids drink softdrinks due to lack of better options. Even if Burger King did not remove the softdrinks option in their Kids’ Meals but added the milk option, kids would have turned their backs on softdrinks on their own.

As with all businesses you have to give in to public demand because you have to constantly tell yourself that no matter how good it sounds, you are not out there on a mission. You are there to give the public what they want so they’ll give you what you want. This sounds so bad but that’s how things are.

There was a time when people loved softdrinks and you had to give it to them. Now, that clamor is gone and love has already turned to hate.

At the moment, the majority of parents, regular and potential customers, don’t want softdrinks to have anything to do with their kids’ meal. Burger King had the chance of waiting and seeing the effects of the move on McDonald’s. Now that it’s all positive, they should make the same change.

Burger King has nothing to be embarrassed about in copying McDonald’s. Only a few people will think of it that way. It may put a smile on some faces but just the same, it’s a good business move and people can always appreciate that.

Morally, Burger King should now concentrate on the other issues against them like sodium content, preservatives and the likes.

But businesswise, they should continue on selling these imperfections while they are still in demand and people are still coming in.

There is no point in being the first or being a revolutionary. They can just do the same thing, wait for others to make the first move and if successful, just follow the same path. There is nothing wrong with that.