Given the amount of business fast food restaurants are getting, they should no longer treat health and sanitary issues as mere regulations that are being forced down their throats. Feeding most of America and the rest of the world should bring them to Cloud 9 of Maslow’s needs hierarchy theory.

Come on, it should no longer be about profit anymore. It should be up there in the area of self-actualization. In such a case, it should be all about leaving a good name behind.

Then again, these kinds of thoughts may only be good in management books. Who knows, this still might be the same theme happening in the fast food headquarters when they meet up to discuss succeeding year plans and solving isolated situations in the different franchises.

You see, that’s the problem; franchise. While the name is big, franchises are just small businesses carrying big names. It’s nice to think that head office is still under control but, can they can possibly be on top of everything?

One hundred people from Erwin Tennessee became violently ill last March after eating at McDonalds. Dehydrated and hallucinating, The Centers for Disease Control said that sick McDonald’s personnel could have contaminated the food with virus.

In Colorado, a certain Natalie Velotta was infected with dangerous salmonella bacteria after eating at KFC. Health inspector said that the Colorado KFC has health violations a few months prior to the incident.

In Chicago, Health inspectors found dead rodents decomposing in the rat traps of a Wendy’s restaurant.

In California, a customer bit into a taco only to find a used chewing gum as one of the ingredients.

In Texas, another health inspector found a worm in the salad bar.

In Florida, a Hardee’s order taker gave a cup tainted with blood drippings to a customer.

It’s normal to be outraged with such news; dead rats, salmonella bacteria, chewing gum, blood on your cup and worms.

The tightest quality control can only accommodate one mischief, one act of carelessness and one of whatever reason there is for such a slip. If it was a case of an employee having a mental breakdown, then there is really nothing anyone can do about it except fire him after a mischief had already happened.

Everyone is entitled to one slip? If you think about it, that’s just how it is.

KFC with 18,875 outlets all over the world is entitled to 18,875 slips. They have not even reached 10% of that allowance. Considering the size, the number and the geographical location of the franchises, you can consider the chains as having a fairly good quality control over their operations. 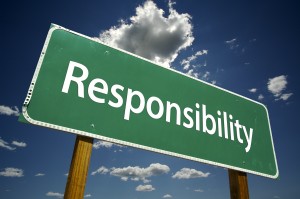 But still, fast food chains cannot rely on this argument, this allowance for mistakes, because of the magnitude of their role in the lives of those who are already dependent on them.

By their very nature, fast food restaurants serve more people in a day than any other restaurant in America. Not only do they serve an enormous amount of customers through their dine quickies, they also pack the most take-outs, hand over the most drive-thru and send the most deliveries to local residents. One fast food restaurant like Wendy’s through all of these sales channels is serving a customer size that’s four times bigger than their actual sitting capacity.

One foul up in a fast food restaurant will have an effect four time bigger than the same foul up happening in another restaurant.

This computation is still a bit conservative because we have not yet considered the service hours. Since some fast food restaurants operate on a 24 hour basis while the usual restaurants only serve for 12, the net effect of fast food foul ups can be pegged at 800% more than that of a regular restaurant.

Then most important of all, fast food caters to the most sensitive sector of our society, kids.

But even with the enormity of the fast foods responsibility to the public, people could be very understanding provided they can feel that there is a huge amount of effort from the fast food companies in maintaining quality and clean food services.

The first thing fast food companies have to do is avoid cover-ups and no comments. These evasive marketing tricks have no place in an industry that involves something as sensitive as food services.

The only thing that will assure the public that something will be done to improve services is when admittance and an apology is officially declared, assuming that responsibility entails courses of action.

The public may put it in a way that may sound something more serious than a request but, that’s just all there is.

People can understand the magnitude of the work involved in food services. Every American had worked in a restaurant, canteen or any food service outlet at least once in their life, this include people dressed in suits working in white collar jobs who worked in a similar humble dining place during their college years.

Yes, the rest of the world may not understand these faults, miscues and simple neglects, but Americans will always do.