El Pollo Loco, the nation’s leading fire-grilled chicken restaurant chain signed AA Pollo, Inc. to a 20 restaurant franchise development agreement. This comprises the first stage in a multi-year franchising program of the company. It is a move that aims to expand the fast food chain’s presence in the greater Southwest. 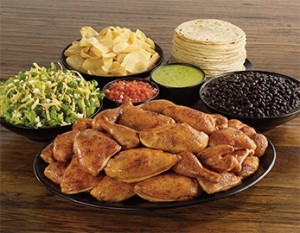 After an intensive research, El Pollo Loco selected Houston for development as their newest market. Apparently, the potential for establishing new customers in this area is very high. The fast food chain has identified a total of 80 trade areas that they will develop in the initial stage of their restaurant development program. They hope to create new franchises in this area for the next several years.

At present, El Pollo Loco has more than 20 sites all over the Greater Houston area. However, the company operations in these sites are still under different stages of negotiations.

“As El Pollo Loco continues to expand in the greater Southwest there is no better franchisee with which to align than AA Pollo, Inc. under the leadership of Anil Yadav,” stated Kay Bogeajis, El Pollo Loco Chief Operating Officer.

“In addition, AA Pollo, Inc. will bring existing assets to El Pollo Loco, specifically in the San Antonio market, making our collaboration a tremendous win for both parties,” added Kay Bogeajis. She hopes that Anil Yadav will bring with him a dependable track record for managing big-named restaurants, a dedicated team poised to improve the presence of El Pollo Loco in Texas and a zeal for their brand.

On his part, Anil Yadav is very grateful for the opportunity to work closely with El Pollo Loco. “I’m excited to serve as an El Pollo Loco franchisee during this momentous time for the brand and look forward to helping expand the company’s presence in Texas,” stated Anil. “For more than 30 years, El Pollo Loco has been renowned for delivering hand-prepared, high quality, great tasting meals inspired by authentic Mexican recipes. El Pollo Loco’s growth across the greater Southwest will undoubtedly continue to underscore the brand’s tremendous reputation,” he added.

El Pollo Loco operates over 400 company-owned and franchised fast food restaurants in California, Utah, Nevada, Arizona and Texas. This company is well known for their fire-grilled chicken, which is citrus marinated. They handcraft entrees with fresh ingredients patterned after authentic Mexican recipes.

There are different servings of their chicken meals. These meals are offered in individual, family and catering-sized portions. Patrons of El Pollo Loco say that the efforts they expend in creating fresh and delicious meals are ‘crazy’ in a good sense. In fact this fast food chain wants to plant that impression in their customers’ minds.

But El Pollo Loco is not resting. Apart from this Texas expansion, the fast food chain is also looking to make its presence felt in California, Nevada and other major neighboring markets. This company’s target is to grow from 8 to 10 per cent every year. They hope to achieve this goal by using a combination of company existing, and new franchisee development.

In a related development, El Pollo Loco Holdings, Inc. announced that it will host a conference call that will be attended by all its franchisees and company restaurant management staff. The conference will address the company’s second quarter 2014 financial results, on September 4, 2014 at 5:00 p.m. Eastern Time.

For those who would like a video live cast of the conference call, there will be a webcast from the company’s corporate website at investor.elpolloloco.com under the “Events & Presentations” page. Likewise, an archive of the webcast will be available at the same page soon after the ending of the conference call.