When people hear about ‘secret menus’ they often think about exclusive and unique ingredients which are not to be divulged to the general public. They assume that these things are closely guarded secrets that enable the fast food chain to get one over their nearest competitor.

In reality, ‘secret menus’ are items that people can order at fast food chains if they want special treats. Most often, they are not listed on the menu list of restaurants. A diner has to specifically ask for them, if he wants to enjoy eating their unique tastes.

There are fast food chains such as Chipotle Mexican Grills which have a special secret menu. What will constitute the ingredients of these secret menus is oftentimes limited only by the imagination of the customer.

But there are other fast food chains such as In-N-Out Burger where their secret menus are so exposed that they even post them on their website. To some, it takes off the feeling of the excitement of getting the inside scoop.

For people who are looking to impress their dates, or whoever they are with, or those who would like to experience the feeling that they personally know the chef of the joint, there are plenty of fast food chains that offer secret menus. Here are some of them. 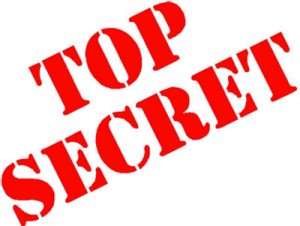 For people who want just a small amount of caffeine, they can order the Short size. Starbucks don’t advertise this item for obvious reasons – they don’t make too much money out of it because it’s cheaper compared to their other coffee items.

But for those who are short in cash and wants to be seen at any Starbucks joint, this little baby cup of coffee will give them a pass.

This joint has an extensive secret menu that is limited only by the diner’s imagination. Their policy, not known to many, is to give the customer what he wants. If the diner wants an item that is not available in their menu list, they will make it just for him.

Food items that this joint has already tested include quesadillas, single tacos, taco salads and nachos.

Other secret treats of this joint are Chipotle Quesario which has cheese quesadilla that is used as a burrito shell, Chipotle Burritodilla which is a half Quesarito, with half the topping, and Chipotle Nachos with chips at the bottom instead of rice.

This joint has several secret menus that customers need to try. One of them is the Animal Style Burger which is fried with pickles, extra spread, grilled onions and mustard.

Another secret item is their Grilled Cheese which is a burger without meat. Neapolitan Milkshake is another one. This is a layered blend of strawberry, vanilla and chocolate shakes. Another secret treat is the Animal Fries, with cheese, grilled onions and ‘secret spread’.

Not to be outdone, this giant fast food chain has more secret menus than what the public knows. One of them is Big McChicken for those who are not into meat. It’s a Big Mac, but with chicken patties instead of buns.

Another one is Mc10:35. This one is named after the only time in the day that a diner can get it. It is actually a combination of an Egg McMuffin and a McDouble burger.

Another one diners will like is Apple Pie Shake aka “The Alamo”. This one contains an apple pie at the bottom of a vanilla milkshake.

Five Guys has also a number of secret treats that their customers will like. The Double Grilled Cheese Burger is one of them. It is actually not a double grilled cheeseburger, but a burger consisting of two grilled cheese sandwiches, instead of the buns.

Another secret item of Five Guys is their Cheese Fries. These are fries with cheese on top of each one.

For diners who are really hungry, there’s a secret item that this joint offers. It is called Grand Slam, which consists of four patties on a bun. Sometimes they call it the Meat Cube. However, only some selected Wendy outlets offer this extra-rich secret menu.

Burger King also offers several secret menus for diners who want to eat something different. One of them is Mustard Whopper. It is a normal Burger King Whopper but instead of mayo, mustard is spread on the buns.

Another secret treat is their Suicide Burger, which is a very large burger, which encloses four meat patties, four slices of cheese, bacon and special sauce – just perfect for a very famished customer.