Customization is now getting headway in the fast food and quick service industry. The increasing demand for customization in fast food restaurants can be credited to the need for consumer personalization as well as the vigorous competition that exists in the market today.

It began with the burger wars when the early version of McDonald’s launched their “Take It My Way” promotion. They did it with a batch and bin management method of burger delivery.

Its closest rival, Burger King followed suit in 1974 when it launched the popular “Have It Your Way” marketing strategy. To differentiate its brand, the company devised the assemble-to-order system.

Burger King’s success in this strategy is credited in its ability to create a customer centered product without delay in order-to-delivery time, without increasing its base prices.

But McDonald’s didn’t take the challenge sitting down, although its efforts were not very effective until they devised their “Made For You” campaign. This is McDonald’s own version of an assemble-to-order system which added significant expense to its franchisees, as well as more waiting time for its customers. 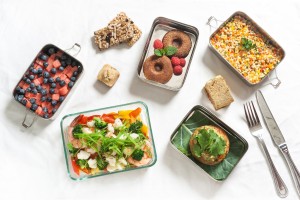 “There are simply more opportunities to hear about food in print or broadcast media,” offers Steven Goldstein, president of FoodThinque Consultancy in New York. “People are more knowledgeable about food. And this plays into the consumerism of ‘I want what I want’. Increased mass communication is indigenous to our modern culture. It transcends the restaurant industry,” he adds.

“… another driver of customization is diet – whether it’s a perceived or real medical condition or food restriction, food allergy, or a weight loss plan prescribed by Atkins, South Beach, Zone followers, and the like,” he continues.

Another strategy that fast food chains are utilizing is the development of their own apps that makes ordering and delivery of their foodstuffs as easy as turning the TV on. For instance, Taco Bell launched its new app recently.

The app also “unlocks the Taco Bell kitchen”, “deliver experience,” “innovate,” and cure “menu anxiety,” which soothes a customer’s sense of urgency to order prematurely, because someone is already next in line.

However, the biggest development right now is not the convenience of ordering ahead of time and related things. It is the customer’s ability to customize his order. This is now the growing trend in the fast food industry.

The leader in this customization drive appears to be Chipotle. They not only offer the use of locally sourced food, but also enables their customers the option to customize their meals. It’s also the same way with a number of hamburger joints such as Five Guys.

The fast food setting is now getting more and more flexible. Today’s consumers have their own unique demands, and they want it served within their specific requirements. It may be spicy chicken wings and mild sauce now, and at other times, it’s a burger with caramelized onions, and so forth.

Taco Bell is not used to customization. It has never been an option before. Asking for a different topping and a relatively uncomplicated food item is very atypical in Taco Bell culture. But that has changed recently. Now, Taco Bell offers several options that customers can add or replace in their regular menu.

But Taco Bell is not the only one. McDonald’s recently announced that it is using the San Antonio area as a market testing ground for a new menu that “lets customers mix and match individually priced entrée orders with different side options, instead of the typical fries and soft drink.”

Their customers will be given different alternatives which include side salads, three cookies, sundaes and many more. Likewise, in its Southern California location, McDonald’s will allow customers to choose different buns and toppings for their hamburgers, just by using a touchscreen.

As more and more fast food chains react positively to the increase in demand, and the pressure of their particular public relations issues, customization seems to offer the best mode of competing with trail blazers like Chipotle.

Customization gives the consumers the impression that they are taking back the power to design their own meals. In reality it is only a portion of the meal that fast food chains are allowing them to modify.