Arby’s has been a staple establishment in the United States since it was founded back in 1964. The old Texan fast food chain is one of the few that doesn’t focus on burgers and is also one of the very few that has tried to eliminate all additives, trans-fats, and other unhealthy elements of their food.

The founders of Arby’s were Forrest and Leroy Raffel. They were often called the R.B. brothers or RB’s. When they decided to open their first establishment in 1964, they wanted to call it the Big Tex but that name was already in use so they stuck with Arby’s, a play on the term RB’s.

#9 – They Own the Hat Used by Pharrell Williams

Pharrell Williams donned a large cowboy hat during the 2014 Grammy awards. Almost immediately after the awards’ night, Arby’s began a public tweet conversation with the artist and eventually bought the hat for $44,100. The amount went directly to the charity foundations managed by Pharrell.

In case you don’t know Pharrell Williams, he’s the guy that did the soundtrack for the two Despicable Me movies, including the song “Happy”. 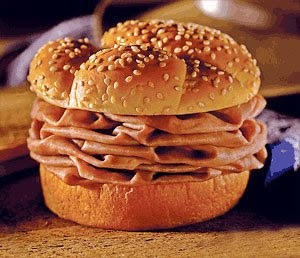 The original Arby’s opened in Ohio – not Texas – and had less than five main menu items available: roast beef sandwiches, Jamocha shakes, Texas-sized iced tea, and potato chips on the side. Burgers were never a big deal for Arby’s.

#7 – Late to the French Fries Revolution

Just about every fast food joint focused on three things: burgers, fries, and soft drinks. Arby’s never got into traditional burgers, they have stood strong with their relationship with Pepsi products, and they only started selling French fries in 1970. Curly fries didn’t even hit the scene until 1988.

Before they were selling fries, Arby’s focused on potato cakes as the primary side dish. While fries are more popular today, people can still ask for the potato cakes. Every branch still offers them.

In 2013 Arby’s was included in the Guinness World Book of Records. What did it get in for? It was counted as the longest running commercial on television for its 13-hour TV advertisement. Incredibly boring but it did make history.

The commercial was an in-depth look at how their beef brisket is prepared, packaged, and sold. It was shopped around for a while until MY9 in Duluth took it and decided to air it. Afterwards, the commercial became a huge YouTube hit.

Other than the United States, Arby’s currently has locations in Turkey, Canada, and Qatar. There used to be locations in 17 other countries such as Malaysia, the Philippines, Japan, Chile, and Australia but they all closed between the mid-1990s and 2000s.

All together Arby’s has over 3,400 locations all over the globe.

Arby’s is a fast food chain, there is no doubt about that, but since 2006 it has also become one of the most applauded chains because of its new change towards healthy ingredients. Since 2006 the brand has stopped using additives for their chicken products and they limited trans-fats in all their products.

For a brief period of time, Arby’s was owned by the same company that held Wendy’s. This started in 2008 when Triarc bought Wendy’s and pushed them together with Arby’s as a single group. All of this came to a halt in 2011 when Arby’s was sold to the Roark Capita Group, allowing Triarc to focus entirely on Wendy’s.

There are only two states in the country without an Arby’s branch: Rhode Island and Vermont. Of all the states that do, Ohio is the one with the most locations. This makes sense since the very first branch opened in Boardman, Ohio.

Back in 2006, Arby’s signed a contract with Pepsi that would make Pepsi the exclusive provider of soft drinks for the fast food giant. The only exception was at the Youngstown State University location because the school had a separate contract with Coca-Cola. This branch then closed in 2012 when it was later converted into a Wendy’s branch.

Arby’s ran a few posters that showed a giant sandwich that used every single kind of meat that the company uses, from beef to chicken to all the rest in their menu. Many dubbed it the “Meat Mountain” and eventually it was being offered upon special request.

The Meat Mountain was later discontinued because of the potential health hazards customers might encounter for eating such a meat-heavy meal. It’s still quite a wonder that such a thing even existed!